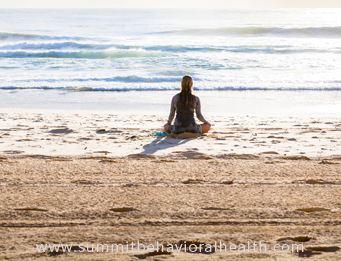 Substance addiction is a very complex disorder with many factors at play, making it difficult for doctors to always know what the best method of treatment is for each of their patients. One area that is particularly challenging is medication-assisted treatment for addiction. Each individual has the potential to respond differently to medications that are prescribed to help aid recovery from drugs or alcohol, making it hard for prescribing physicians to know what will work and what might not.

Pharmacogenetic testing may make that easier for doctors working in addiction treatment. It will allow them to understand how an individual metabolizes specific prescription medications, making it much easier to find successful treatments.

What is Pharmacogenetic Testing?

Pharmacogenetics is the study of how an individual’s genes affects his or her response to medications. It is a fairly new field of study that combines pharmacology and genetics in order to develop the safest and most effective medications and to determine optimal doses for the person’s genetic makeup.

Most of the medications currently on the market are essentially one-size-fits-all, but they don’t cause the same results for everyone. Right now, it is hard for medical professionals to predict which patients will benefit from a specific drug, which patients will not respond, and which patients will have adverse drug reactions. These negative side effects cause a significant amount of hospitalizations and deaths each year. With the knowledge that medical professionals are able to gain from learning about how medications will interact with an individual’s genetic composition, they will be able to predict how the individual will react to the medication and help prevent adverse drug reactions.

While the field of pharmacogenetic testing is still in its infancy, it is hoped that it will greatly advance the effectiveness of drugs, when tailored to the individual, in the treatment of a range of health issues including cardiovascular disease, cancer, Alzheimer’s, HIV/AIDS, psychiatric conditions, and addiction.

Two people who seem to be very similar – same age, gender, socioeconomic background, and marital status – may also both be addicted to alcohol. However, the underlying genetic reasons that caused each of them to become alcoholics may be quite different. One may have a condition that reduces the release of dopamine, so that individual consumes alcohol for its dopamine-releasing powers. The other person may have a condition that inhibits their dopamine receptors and causes spikes in dopamine, so they drink to raise dopamine tone a different way.

Each of those two patients needs individualized treatment to address the unique genetic issues that caused his alcoholism. Knowing what exactly the underlying issues are, and which medications will be effective will help doctors to treat each patient individually based on their genetic needs, thus improving the outcomes of addiction treatment.

There are many benefits of pharmacogenetic testing. Not only will they allow doctors to treat each individual with a tailored treatment, they will also:

Genetic testing is becoming more important in healthcare of all arenas as there is a shift toward higher-quality, evidence-based treatment. Research has shown that pharmacogenetic testing provides patients with up to 70% better effectiveness of treatment. Patients are more responsive to their customized treatments and appreciate the personalized genetic data. Being more informed and responsive to treatment often translates to a higher confidence level in the medical care they receive, which in turn, makes them more likely to experience success in the healing process.

From The Lab to Clinical Practice

Now the question becomes when will using pharmacogenetic research to aid addiction treatment to be translated into clinical applications? And will the average patient be able to afford it?

Unfortunately, the type of tailored medical treatments that researchers are working on for addiction is still in progress. Experts in the field believe that some pharmacogenetic treatments for addiction (including nicotine and alcohol) may result in the next five to ten years. The approach is likely to be embraced, perhaps slowly, by medical professionals and patients alike.

The cost of genetic testing will continue to decrease as it becomes more ubiquitous. Patients were required to pay for genotype tests that identify one or few relevant mutations will no longer apply. It’s predicted that in the not too distant future, patients will see their doctor, have their entire genome sequenced, and have the information readily available for future medical issues.

How that information is interpreted and used to create specialized addiction treatments may be another story. We may be looking at that piece being 10 to 15 years away, but it’s clear that’s the direction addiction treatment is headed.

Traditional Addiction Treatment in the Meantime