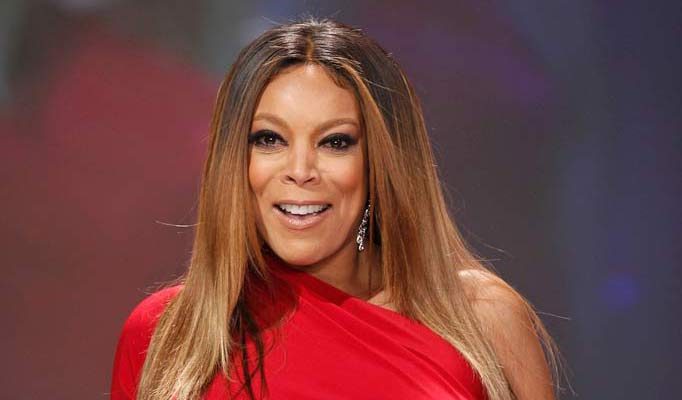 The first step in Alcoholics Anonymous (AA) is to admit that you are powerless over alcohol and that your life has become unmanageable. It’s a difficult step to realize that you have a drinking problem, but even this admission can be followed by destructive behavior.

Popular talk show host Wendy Williams recently announced on her show in a stunning and heartfelt message that she has been unable to abstain from drug use and is residing in a sober living home. It was entirely unexpected based on her nearly spotless attendance record on the Wendy Williams’ show.

Wendy discussed how she gets picked up from a sober house each morning at 7 and is then transported to her New York City studio to film her show. Her drug and alcohol binge manifested after she hired a private investigator to follow her husband to which she learned was having an affair. The star demonstrated her commitment to her sobriety, but news eventually broke that her husband’s mistress gave birth, and it caused her so spiral “not in a good way.”

Unfortunately, she relapsed on alcohol and disappeared from her sober living environment shortly after. Eventually, Wendy was found and brought to the hospital to treat her for dehydration.

While Wendy has now returned to her sober living home, her story speaks to a more prominent theme that plagues the United States and American culture. Alcoholism has its reach extended deeply into the country’s citizens. Recent reports estimate that 88,000 Americans die each year from complications relating to alcohol abuse. Due to its legal status and ability to advertise freely across all channels, nobody is safe from its reach. The legal drinking age may be 21 years old, but children can easily access their parents’ liquor cabinets and accidentally drink too much alcohol. There is another problem that is seldom spoken about that influences alcohol consumption.

Social media continues to grow exponentially, and recent estimates indicate that nearly 2 billion people worldwide are a part of some form of social media outlet. The emergence of social media in the 21st century is seen as a revolutionary way to make a vast world much smaller.

Today’s generation is immersed in social media, and there has been a new trend of memes that promote not just simple drinking, but dangerous binge drinking. They are typically riddled with jokes about the mistakes they made drinking or how they are ready to start drinking through the hangover.

Young impressionable minds can be easily influenced to think that these snarky, and funny content creators are trendsetters and follow in their footsteps. Peer-driven exposure to alcohol doesn’t always correlate with someone using, but it’s common for people to want to fit in with their peers, and this is true for all age ranges, not just our youth.

Binge drinking is dangerous and can lead to alcohol use disorder. Despite your best attempts to stop, you are sometimes powerless to addiction. These conversations are not taking place when binge drinking is glamorized and promoted, and we need to provide accessible information so individuals are aware of the adverse effects their decisions can cause.

Binge drinking is defined as having four or more drinks for women, and five or more for men within a two hour period, or more than eight drinks for women weekly, and 15 or more for men. Binge drinking is a common problem in the United States as it is tied deeply into our culture, and what we’ve discussed to this point about social media validates this.

Thirty-eight million Americans struggle with binge drinking, demonstrating its prevalence in our society. Binge drinking can lead to drinking and driving, alcohol poisoning or death, impaired memory, and a transition into alcoholism.

It starts innocently enough during social events, but soon, it begins to creep into your home after work where one drink turns into two, then three, and then you begin to discover that your life is consumed by alcohol. These trends that are taking over social media shed light about alcoholism in the United States, and stars like Wendy Williams aren’t even exempt from its long reach.

Some drink to feel cool, some drink to escape, and some drink because they can’t stop once they start. It’s time that we stop giving in to peer pressure and make our own choices. No matter the reason, alcoholism ruins lives, but remember one thing: It’s possible to look cool without drinking — don’t let anyone tell you otherwise.

Are You Struggling With Binge Drinking? Let Us Help

Life doesn’t have to feel like it’s ending because you are struggling with binge drinking. Medications alongside treatment can be the difference between life or death, and Serenity at Summit is hard at work daily to improve the quality of our clients’ lives. We want to offer you the same services to help your struggle with your alcohol use disorder.

Serenity at Summit can help you. Our addiction specialists are ready to listen to your story right now. Feel free to give us a call 1 or contact us online to learn more about how we can help free your life from active addiction.