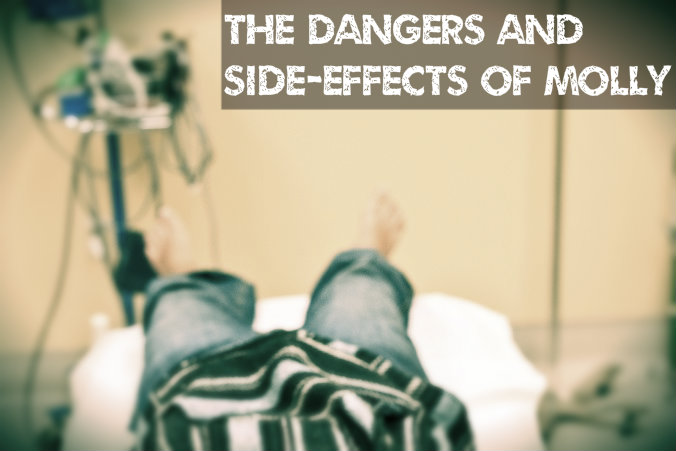 It seems like every time you turn the television on or read the newspaper there is a story about drugs finding their way into schools as well as peoples’ systems that you would never think of. Just like anything else there are trends that go on with drugs. It’s sad to say but there are new drugs being manufactured and discovered quite frequently. Although these drugs are dangerous, people want to try them because they are all the rage.

The drug Molly is similar to ecstasy or MDMA; and like ecstasy, it’s one of the most popular drugs among kids today. No form of drug and alcohol abuse is good for your body or mind but Molly makes tricks teens into thinking that everything is peaceful and grand.

However, Molly is an unpredictable mix of dangerous and synthetic chemicals. The risks of Molly include:

The main markets for the drug Molly are actually teenagers. Teens often take “club drugs”, including Molly when attending raves and parties. Often these kids don’t realize the short and long-time dangers of the drug.

Molly is usually taken in pill form and people don’t realize the amount of dangerous chemical compounds that are put into this drug. The drug’s main ingredient used to be MDMA but now people are lacing it with other man-made drugs that could be even more dangerous and unpredictable. Molly has made its way into the synthetic drug market, which is a huge and growing problem in our country.

Many don’t realize what they are doing to themselves when they take these drugs. Target audiences for drug and alcohol abuse are getting younger and younger. Popularity and peer pressure are some of the worst things to endure as a teenager, but add in the pressure of taking drugs to the mix and it can be really hard for a kid to say no.

Talking to Your Teen About Drugs

Talking to you teenager about the dangers of drugs and alcohol is crucial. We understand that addiction is a real problem in teens and families and our caring and professional staff is always here to help!