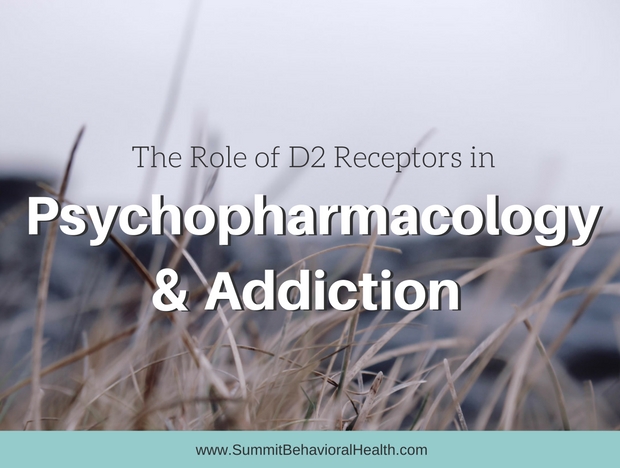 Researchers closely associate substance dependency with the trait of impulsivity. Impulsivity is the desire to choose an immediate, but lesser, reward over a longer but more valuable one. Impulsivity is a known precursor to drug addictions, as the abuser prefers the short but immediate effects of drugs and alcohol to the lengthy process of recovery and long-lasting healing. Studies show that D2 receptor levels in the brain directly impact impulsivity and may hold the key to facilitating addiction recovery.

The Brain and Addictive Behaviors

Behavioral and biological factors can exacerbate the risk of developing a substance addiction. On the list of behaviors closely related to addiction are reward-driven behaviors and the inability to sustain goal-directed behaviors. A person with deficits in his or her inhibitory control system cannot control the thoughts or actions that generate impulsive behaviors – thus leading to substance abuse.

D2 receptors in the brain are a class of dopamine receptors. Dopamine is the neurotransmitter that decides physiological functions in the nervous system. Dopamine receptors like D2 are the targets of action for many drugs, including prescription drugs used to treat conditions such as Parkinson’s diseases and schizophrenia. Studies connect a significant decrease in striatal dopamine transmission with addiction, as well as a connection between impulsivity and a decrease in dopamine transmission.

People with substance abuse problems experience a decrease in the D2 receptors by about 20% compared to other people. The use of alcohol, cigarettes, and a variety of drugs (except, notably, marijuana) leads to this decrease in D2 receptor binding. The length of the decrease in D2 receptor availability varies depending on the drug, but typically lasts a few months. The fact that dopamine release and D2 receptors are consistently common factors likely makes this a biomarker for underlying behaviors common to addictions, such as impulsivity and reward-based reasoning.

Interestingly, the same low D2 receptor binding exhibited in substance use is also reported in several disorders. Obesity, for example, is associated with high impulsivity measured with similar tasks to those used in addiction. Attention deficit disorder (ADD), bulimia, and other psychiatric and addiction disorders are also associated with D2 receptor binding and low dopamine release in the striatum. These findings suggest that these two things directly increase impulsivity – ultimately impacting the odds of addiction.

Multiple studies show that drug use consistently increases impulsivity in test subjects, which in turn influences the development of a drug dependency. In animal studies, higher levels of impulsivity led to increased vulnerability to relapse and escalated drug self-administration. Studying D2 receptors and psychopharmacology help researchers understand which cognitive functions addiction impairs, such as motivation and behavioral flexibility, to better know how to treat this problem.

Just as low D2 receptor levels and dopamine release in the striatum lend themselves to addiction, increased levels may have the power to do the opposite. Studies show that an increased level of these things in the brain facilitates motivation or the subject’s willingness to reach a goal. Increases in dopamine release decrease the instances of reward-seeking behaviors, instead boosting goal-oriented behaviors. This in turn triggers a person’s willingness to work for a reward instead of falling prey to instant gratification.

The Future Of Addiction Treatment

All the studies regarding D2 receptors in the brain point toward a possible addiction treatment therapy that includes increased D2 receptor signaling in the striatum. This treatment could potentially enhance an addict’s motivation to respond to treatment and reduce choice impulsivity that led to and facilitated addiction. The psychopharmacologic increase in dopamine appears to be the most effective when combined with motivation-based treatment plans.

For this form of treatment to be feasible, scientists need to develop a functionally selective compound that alters the D2 receptors correctly. So far, this compound does not exist; however, its development is feasible and does promise a potential strategy for addiction treatment in the future. As scientists learn more about the consequences D2 receptor levels have on behaviors, it’s likely that a treatment will eventually become available to increase levels and successfully change the addictive precursors within an addict’s brain.

All in all, these studies suggest that future addiction treatments must address D2 receptors, increasing their levels to decrease impulsivity and boost motivation. If scientists can achieve this, it could be a groundbreaking step toward addiction recovery. Further investigation is required into dopamine release, D2 receptors, and substance addiction to fully understand this relationship and achieve a solution that fights addiction at its source.