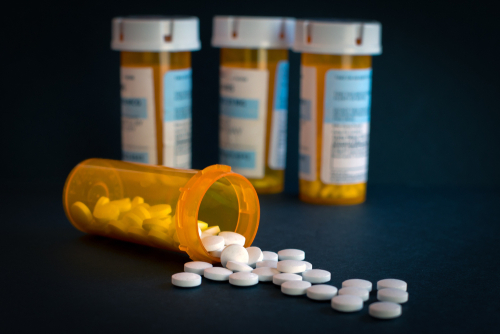 When golfer Tiger Woods was arrested on a suspicion of DUI in May 2017, he initially told police that his erratic behavior behind the wheel was due to “an unexpected reaction to prescribed medications.” Police in Florida reportedly found Woods unresponsive behind the wheel of his idling car. Although there was damage on one side of the car, police reported that Woods was not involved in an accident.

When toxicology reports were released a few months later, however, they revealed that Woods had a dangerous mix of various powerful drugs in his system. According to media reports, Woods had taken a cocktail of drugs that included marijuana, Vicodin, Dilaudid, Xanax, and Ambien. Vicodin and Dilaudid are prescription painkillers and narcotics. Xanax is prescribed to treat anxiety. Ambien is a medication used for insomnia and sleep disorders. The U.S. Food and Drug Administration warns that Vicodin is an addictive opioid that can lead to death if misused, especially when combined with a benzodiazepine like Xanax.

According to Woods, he consumed the medications due to the pain he has suffered since his last back surgery. Woods is a professional golfer who has undergone several surgeries for sports-related injuries. Woods reportedly entered a drug rehabilitation facility to treat his addiction to prescription drugs.

When a Prescription Leads to Addiction

For many people who suffer from addictions to prescription drugs, it’s hard to admit they have a problem. Although you don’t necessarily need a “wake up call” like a car accident or

arrest to “shock” you into getting help, sometimes being involved in a close call is scary enough to make you realize you are endangering your health and your life.

Sports fans sometimes feel let down when their hero or favorite athlete is caught using drugs — prescription or otherwise. The reality is that addiction doesn’t discriminate. It can affect a person from any type of background or social group. The Centers for Disease Control and Prevention (CDC), National Institute on Drug Abuse (NIDA), and the National Institutes of Health (NIH) estimate that between 26.4 million and 36 million Americans abuse opioids.

Furthermore, overdose deaths related to opioid abuse have quadrupled since 1999. For many people struggling with opioid addiction, a prescription for pain is the source of their addiction. Few people realize how easy it is to get addicted, nor do people understand just how powerful these drugs are.

A WebMD report relates the story of a man who suffered with frequent migraine headaches and was prescribed powerful painkillers. As happens so often with pain medication, he eventually needed more and more of the drug to dull his pain. At the peak of his addiction, he took 45 prescription pills of hydrocodone every day. Fortunately, he got help and has been free of addiction for 11 years.

Serenity at Summit offers both inpatient and outpatient programs to help people overcome opioid addiction. It is possible to obtain a lasting recovery — even if you have relapsed before. Our programs are personalized and medically supervised. Call our behavioral health professionals today at 1 to speak to a substance abuse expert about your treatment options.