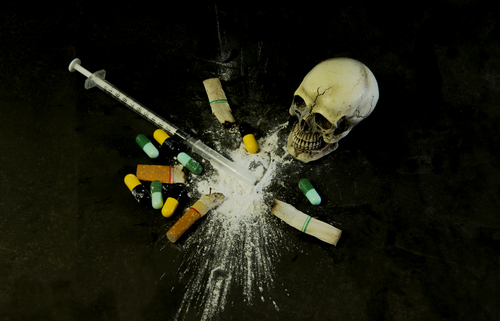 Serenity at Summit’s Dr. Elizabeth Ann Drew appeared on Fox News Health last weekend for a lengthy in-studio interview, during which she shared her insight into the ongoing heroin epidemic in the U.S. More specifically, Dr. Drew and Fox News Health’s Dr. Manny Alvarez discussed “What’s behind the heroin epidemic?,” as the segment was called.

HOW BAD IS THE UNITED STATES’ HEROIN PROBLEM?

As mentioned during the Fox News Health segment, the Centers for Disease Control and Prevention (CDC) found that there was a 286 percent uptick in heroin-related deaths in the U.S. between 2003 and 2013. The topic has been frequently discussed during the recent series of presidential candidate debates.

Dr. Drew told Fox News Health that physicians were commonly instructed in the late-1990s to “make sure they were evaluating and treating everybody’s pain appropriately,” so they became “vigilant” about prescribing pain medication, especially legal opiate painkillers. When patients’ pain medication ran out, according to Dr. Drew, many would find a cheaper and more widely available (on the black market at least) alternative: heroin.

WHO IS FALLING VICTIM TO HEROIN ADDICTION?

Although the highest rate of heroin usage seems to be among young, low-income white males, Dr. Drew said heroin addiction is affecting many other demographics of people, some of which may come as a surprise. In the Fox News Health segment, Dr. Drew mentioned:

“Anybody can develop an addiction to an opiate,” Dr. Drew emphasized. “When a prescription is written for an opiate, you don’t know whether you’re opening the door for this person to become addicted.”

She added that if you talk to most people who have become addicted to heroin or another opioid, they will tell you that they’re not seeking more of the drug to get high.

“All they want is to feel normal,” she said. “Every day they’re struggling with withdrawal, which is they feel sick in their stomach, they have chills, they have shakes, they have no energy.”

WHAT SHOULD TREATMENT FOR OPIATE AND HEROIN ADDICTION CONSIST OF?

As Dr. Drew mentioned to Fox News Health, treatment for opiate and heroin addicted should be a multifaceted approach. Clinicians used to use methadone in detox treatment, which is a weaker form of opioid that helps people come down from heroin, Dr. Drew said. But now, suboxone, which is a buprenorphine, is more widely used. Suboxone is a partial agonist that acts like an opiate, she said, but doesn’t fully bind to receptors in the body like what happens with harder substances.

Dr. Drew also brought up using “total blockers” like Vivitrol in treatment. Vivitrol is a one-a-month injection that blocks receptors so someone doesn’t feel the effects of any opiate taken in that time. Additionally, Dr. Drew stressed the importance of counseling in the addiction treatment process. She said the individual needs to learn how to deal with stress and “understand what gives them joy in life.”

Serenity at Summit is committed to evidenced-based detox for heroin and opiate addiction, as well as effective counseling strategies in the post-detox phase. We offer various forms of counseling, such as individual and group therapy and even family counseling. Our multifaceted approach to treatment also involves a wide offering of holistic therapies to help the client grow physically, mentally and spiritually.

An emerging addiction treatment network, Serenity at Summit has a detox and residential facility in Massachusetts, four outpatient locations in New Jersey and Pennsylvania, and a detox-only facility in New Jersey. If you or a loved one is suffering from heroin addiction and looking to enter a rehab program that will fit all of your needs, look no further than Serenity at Summit.