Mirtazapine is an antidepressant that is not considered to be addictive. Some people abuse the medication for its calming and mood-boosting effects. Although it is not a controlled substance, it is a medication that can only be obtained by prescription. If taken too long, in doses larger than prescribed, or recreationally, it can produce uncomfortable side effects and chemical dependency. Chemical dependency can lead to addiction.

Learn what mirtazapine is and how it can be abused.

Mirtazapine is an antidepressant drug that treats depression. It works by moderating the levels of neurotransmitters in the brain to maintain mental balance. As Healthline notes, “It may increase the amounts of norepinephrine and serotonin in your brain. These are chemical messengers that affect your mood.”

It can also be used off-label to treat post-traumatic stress disorder (PTSD), obsessive-compulsive disorder (OCD), other anxiety disorders, and fibromyalgia. Mirtazapine can cause many people to feel much sedated.

It is available in both generic and brand-name drugs Remeron (immediate-release tablet) and Remeron Soltab (orally disintegrating tablet).

How Is Mirtazapine Abused? 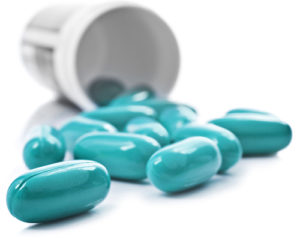 Mirtazapine’s sedative effects can cause it to be abused. People who take more than the prescribed dose or take it when it is not prescribed for them may feel a slight “rush.” Remeron doesn’t produce a “euphoric” high like the majority of other drugs. It can still be abused when people take it for those effects or to counter the effects of stimulants like cocaine. It is not known to be an addictive medication. However, it can still be abused for its mood-boosting effects.

What to Expect If You Abuse It

Mirtazapine abuse may produce relaxing effects that can cause someone to feel mild euphoria. It can also generate unpleasant side effects. Uncomfortable side effects include weakness, dizziness, confusion, and weight gain through increased appetite.

Someone who takes too much of the medicine to feel its calming effects faster may experience overdose symptoms. These can include:

If taken for recreational purposes only, abuse may result in severe side effects and possibly death, especially when combined with alcohol or other drugs.

When this medication is taken for an extended time, it can produce tolerance. Tolerance is when a user starts to develop a dependency on the drug. This happens when the body gets used to the drug so that when the user stops taking it, it produces symptoms of withdrawal.

If you stop taking mirtazapine abruptly, you might feel withdrawal symptoms, as noted by the National Alliance on Mental Illness (NAMI):

As with all antidepressants, consult with your doctor before reducing the dose or stop taking it. It is best to have the doctor slowly lower the dose until you can safely stop taking it.