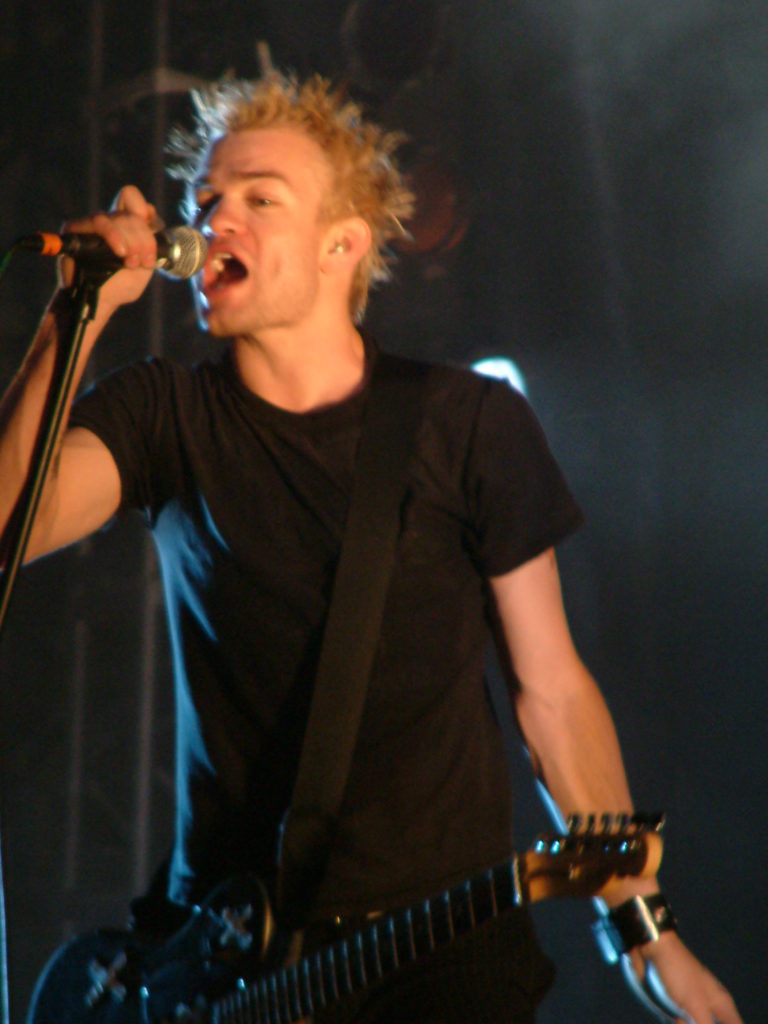 Deryck Whibley, singer of the rock band Sum 41, says alcohol nearly ended his life. The musician recently blogged about his alcoholism struggles, which landed him in the hospital this May.

“I’ve been very sick in the hospital for a month and was pretty sick for a few weeks leading up to my trip to the hospital,” wrote Whibley. “The reason I got so sick is from all the hard boozing I’ve been doing over the years. It finally caught up to me.”

The 34-year-old singer was preparing to watch a movie at home and pouring a drink around midnight, “when all of a sudden I didn’t feel so good.” Deryck’s fiancée rushed him to the ER, where he was placed in the ICU.

When Drinking Catches Up To You

Apparently, Deryck’s excessive daily drinking had taken a toll on his kidneys and liver. He was hooked up to several IVs and sedated in the hospital for a week’s time. Doctors now say that the singer could die from just one more drink.

“Needless to say, it scared me straight. I finally realized I can’t drink anymore,” he wrote in his blog. “I’m not preaching or anything, but just always drink responsibly. I didn’t, and look where that got me.”

Tales of celebrity drug, alcohol, and prescription abuse are commonplace. Fortunately, in Deryck’s case, it appears the worst is behind him.

“I already have a few song ideas for new songs. Soon it will be time to start making an album and getting back to touring again,” he says.

Following Deryck’s statement, many fans and friends sent well wishes in his road to recovery, including ex-wife Avril Lavigne. “I am so proud of him,” she Tweeted. “He is family to me and always will be.”

If you or someone you love is struggling with an addiction to drugs, alcohol, or prescription medication, Summit Behavioral Health is the place to turn. Pick up the phone today and let our team of recovery specialists awaken the freedom found in the long-term recovery from drugs and alcohol!