Adderall: How Addictive Is It? (Prescribed & Recreational)

When used according to prescribed instructions, it is not addictive. If the medication is abused or used recreationally, it can lead to addiction.

Made up of amphetamine and dextroamphetamine, Adderall belongs to the stimulant class of drugs. The properties of Adderall have made it a great tool for treating certain sleep disorders like narcolepsy. The stimulating nature of the drug helps users stay up during the course of the day.

Adderall is primarily used to treat attention deficit hyperactivity disorder (ADHD). The drug works by altering the amount of certain naturally occurring substances in the brain. Altering these substances helps the person to focus, and this has been the main application of Adderall.

Adderall has been found to interact with a number of different medications.

If you are taking any of these medications, tell your doctor before you take Adderall.

It is well-known that Adderall can cause withdrawal. This is especially true if it has been taken for long periods of time and/or in high dosages.

Higher Risk of Substance Abuse Among Those With ADHD

A study found that childhood ADHD has been linked to increased risk of drug and alcohol abuse in adulthood.

Overall, the study followed children who were at least 10 years old for 10 years. It found that children with ADHD had a 1.5 times increased risk of developing substance abuse problems.

This risk is compounded if conduct disorder is also present. Conduct disorder is a pattern of disruptive and sometimes violent behavior that is often associated with ADHD. The research found that children who had ADHD and conduct disorder had three times the risk of developing substance abuse problems compared to those who only have ADHD alone. 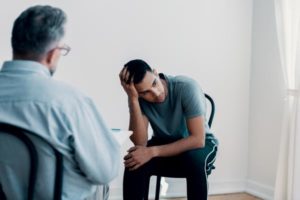 According to Healthline, Adderall can be addictive if it is taken in doses that are higher than recommended by a doctor.

There are many users who purposefully take high doses of Adderall to feel its euphoric effects. This is highly dangerous as it can lead to serious heart problems and even sudden death.

When Adderall is used appropriately at the correct dose, it carries a low risk of abuse. When the drug is taken in high doses, for longer than recommended, or more frequently than prescribed, it is abused.

As a stimulant, Adderall is viewed by many as a performance enhancer, helping them to achieve higher levels of focus and productivity. People may take the drug to stay up all night to finish work or study.

It makes users feel like they can do more with little sleep. Some people abuse it to lose weight.

Teenagers and young adults are the most susceptible to Adderall abuse, but people of every age abuse it.

The Following Types of People May Abuse Adderall:

Addiction has some telltale signs. Those who misuse Adderall eventually build a tolerance to the drug and progressively need more to achieve the same effect.

When they build a reliance on Adderall, they will usually get anxious, irritated, and depressed without it. After sustained use, an individual addicted to Adderall will likely start displaying these behaviors:

While Adderall abuse can bring on a distinctive euphoric high, it is followed by a crash or come down. This involves uncomfortable symptoms that encourage the person to keep using Adderall or other stimulants.

If a person has been using Adderall for an extended period of time, they may have developed a physical dependence on the drug. Once they stop taking Adderall, they may go into withdrawal.

The Following Symptoms May Occur:

The severity of withdrawal depends on many factors. In case of severe addiction, it is essential to seek professional help, as a tapering program may be necessary.

It is possible to overdose on Adderall, which is more likely in cases of addiction. Overdose occurs when a person relapses and begins using Adderall after a period of abstinence, or if it is combined with other substances of abuse, like alcohol.

Seek immediate medical attention if you or someone you know is exhibiting one or more of these signs of Adderall overdose:

Despite the serious consequences of drug abuse, it continues to be an epidemic in the U.S. According to research, young adults between the age of 18 and 24 are the biggest abusers of prescription drugs. This group includes stimulants, anti-anxiety drugs, and opioid pain relievers.

This age group abuses drugs for a variety of reasons, whether it is to get high or to help them study.

In 2014 alone, more than 1,700 people in the 18-to-24 age group died from prescription drug overdose. This is higher than the number of people in this group who died from overdoses on heroin and cocaine.

For every young adult death due to prescription medication overdose, there were 22 treatment admissions and 119 emergency room visits.

This study shows that the most prolific and problematic drug abuse occurs in those between the ages of 18 and 24.

A Rise in ADHD Diagnoses

The rate of Adderall use in the U.S. is growing. According to reports from The New York Times, the number of those diagnosed with ADHD skyrocketed during a 20-year drug marketing campaign.

ADHD was once considered a disorder relegated to children with behavioral problems, but now, it has generally been accepted as a neurological disorder. This has led to a general acceptance of Adderall and other ADHD medications from both doctors and parents.

While the treatment of ADHD was considered a success for a while, ADHD specialists have expressed concerns with the sharp rise of ADHD diagnoses. Some data has found that 15 percent of high school students have been diagnosed with ADHD. In 2013, 3.5 million children were taking medication to treat ADHD, as opposed to 600,000 in 1990.

Specialists found no reason for such a sharp rise in diagnosis. Duke professor Dr. Conners was quoted in the article, calling it a “national disaster of dangerous proportions.” Dr. Conners went on to say that this was not a sudden ADHD epidemic, but an irresponsible way of distributing this medicine on a mass scale.

It seems that the rise in ADHD diagnoses and prescriptions related directly to the success of a marketing campaign that went on for 20 years. This campaign made AHDH very public and promoted the pills to teachers, parents, and doctors. As the child market for ADHD medication has been booming, the pharmaceutical industry is now targeting adults with ADHD.

ADHD is a real problem that affects about five percent of children. It is a serious disability that can hinder a person’s success in school, at work, and at home. There has been plenty of success in treating its symptoms with medication like Adderall.

However, many believe the condition is over-diagnosed. If a child displays similar and temporary symptoms, they may receive the diagnosis when they do not actually have the disorder. As a result, ADHD is now the second most diagnosed long-term disorder in children, outranked only by asthma.

Drug companies have stretched the definition of classic ADHD to make it encompass child behaviors that are considered normal, including impatience and carelessness. This has caused children who are getting poor grades in school or displaying forgetfulness to get a diagnosis.

Doctors have also been historically paid by drug companies to publish research and deliver presentations that encourage other physicians to prescribe the medications in question. Some of these representatives have painted ADHD medication like Adderall as harmless.

Adderall has several adverse side effects. It is regulated by the FDA in the same class as morphine and oxycodone because it has such a significant potential for abuse.

Adderall has become an in-demand drug of abuse. With ADHD being potentially overdiagnosed, more people have prescriptions for Adderall and related drugs. With more prescriptions, more of these drugs are diverted for illicit use.

Stimulant drugs, in general, are widely abused. For every kilogram of heroin that has been seized over the past five years, 15 kilograms of stimulant drugs have been seized.

While opioids still account for the most overdose deaths in the U.S., stimulant overdoses are on the rise. Currently, experts are unsure why there has been such a dramatic rise. Historically, data has shown that drug abuse happens in cycles where some drugs fall out of favor while others rise in popularity.

Those who seek a high from stimulants are looking for a different feeling than those getting high from opioids. That is why the rising stimulant epidemic is believed to encompass a whole new pool of users, at least according to a statement made by Melvin Patterson, a spokesperson for the U.S. Drug Enforcement Administration (DEA).

Experts are particularly concerned about stimulant abuse because these drugs can be hard on the cardiovascular system. Prolonged abuse of Adderall or any other stimulant can lead to serious long-term health issues, including addiction.

If you have a legitimate prescription for Adderall, only take it according to your doctor’s instructions.

If you have been abusing Adderall, know that addiction is possible. Seek out help before addiction takes hold.